The preservation of the Atlantic Rainforest has always been a reality at Serra Grande, and considered amongst all important issues, since it contributes to optimised rainfall distribution and water supply to the region. Serra Grande holds the largest private forest reservation in the state of Alagoas, very well protected, thickened and bearing exuberant trees. Its water resources are well protected, and one may find water springs and water holes emerging from preserved nature. Visiting biologists are charmed, for it also shelters a wide biodiversity. With the acquisition of Trapiche plant in Pernambuco, we have extended this mindset, embracing the same environmental practices at that unit.

The plants have worked to promote a higher number of inspections to their reservations as to protect the ecosystem’s flora and fauna, and at the same time forwarding such awareness to our employees and their families, educating towards the same ecological attitude. 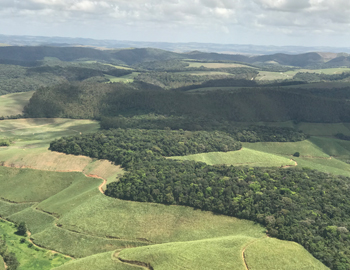 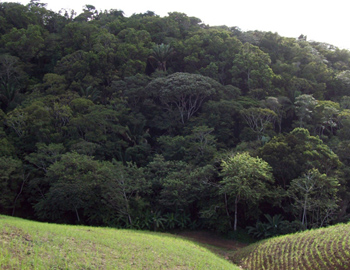 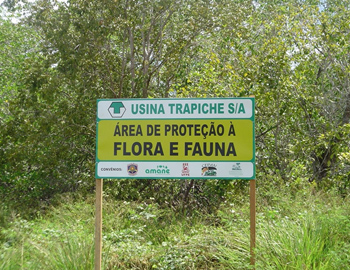 It is carried out taking into consideration the lower productive potential for cultivation on one hand, and on the other hand the importance of expanding the forest fragment at the area, either as an ecological corridor or protection for springs and weirs, replacing part of the sugarcane field by native species (Murici, Visgueiro, Sucupira, Pau Brasil, Acácia, Ipê Roxo, Cedro, among others).

There are also reforested areas with eucalyptus serving as a sustainable energy source for its high calorific power, in addition to other exotic species like bamboo, in the areas that surround the water channels coming from the weirs. 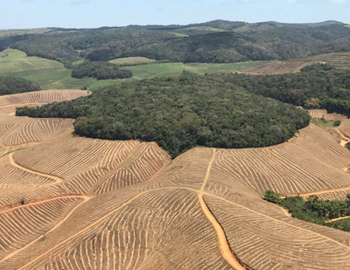 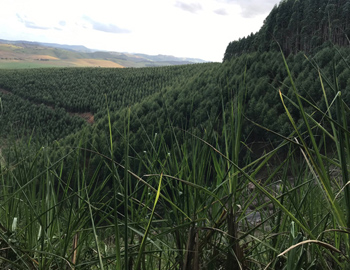 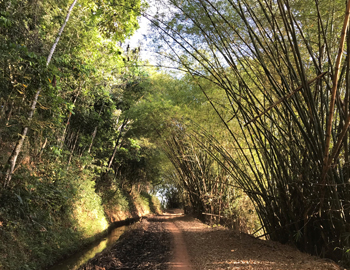 Aiming to improve water resources protection (rivers and weirs) and especially their springs, native species from the Atlantic rainforest are planted alongside the wetland banks – preferably fruit trees which increase the flow of wild animals. 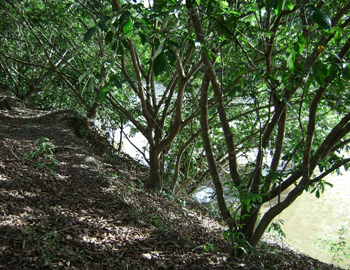 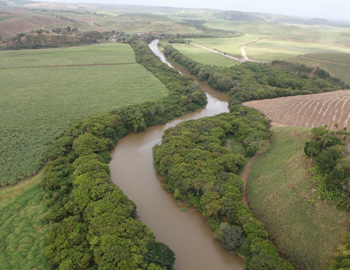 Interconnecting the remaining Atlantic rainforest areas, and enabling a wider natural environment, corridors favour the flow of animals and ensure species from our fauna an optimised perpetuation. We prioritise its recomposition with native fruit species. This effort has yielded one of the largest interconnected massifs of Atlantic rainforest in the Northeast. 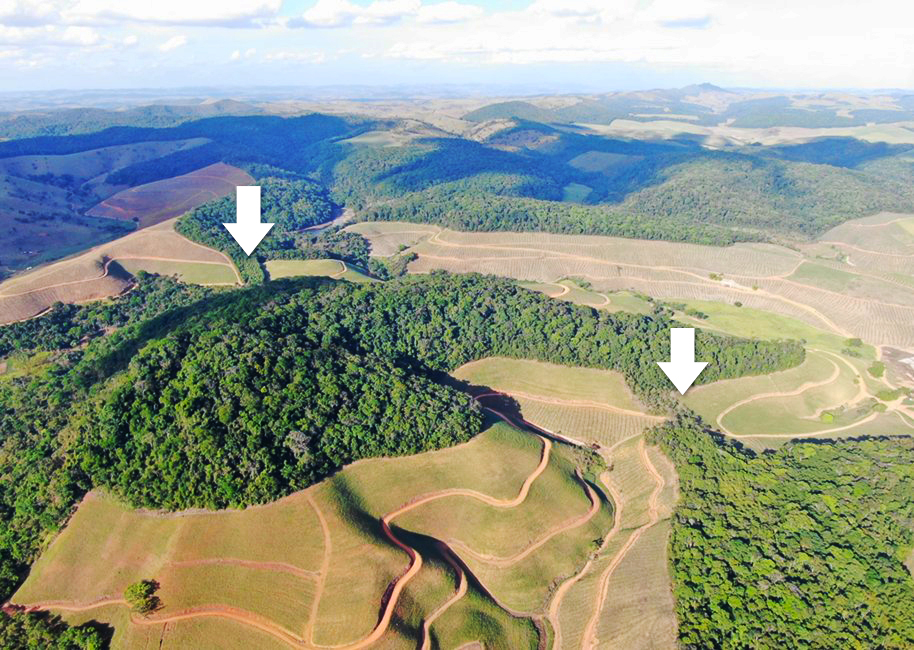 Particularly at Trapiche there is a 2,008 hectares area of protected mangroves. It is in the mangrove that fish, mollusks and crustaceans find optimal conditions for reproduction, nursery, breeding and shelter for a variety of species from aquatic and soil fauna. .

The competent authorities had not noticed the mangroves had been gradually degrading over the years. With the environmental concern on the current administration, a RPPN (Reserva Particular de Patrimonio Natural - Natural Heritage Private Reserve) was created in May 2018, and today the entire estuary area has fully recovered. Our concern and care are restricted to environmental supervision, so that this large mangrove forest is kept alive, whole and protected. 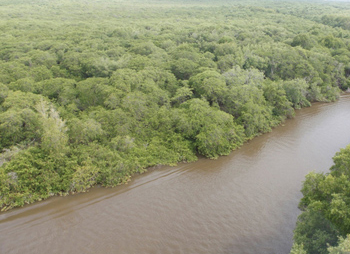 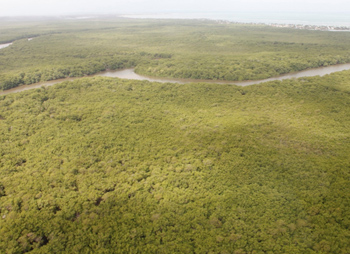 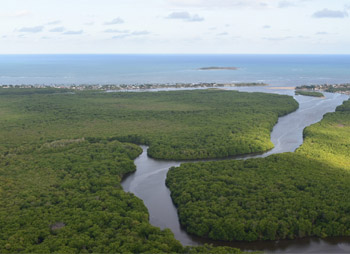 The preserved forests of Serra Grande and Trapiche have been a place of great excitement for Biologists, Ornithologists and Forest Engineers, who have regained flora and fauna species thought extinct, as well as listed new species through field research, attracting some attention from scientists and preservation institutions around the world.

At Serra Grande a large number of bird species – over 250 – have been identified, some of which are endemic. Here we can find the Pintor-Verdadeiro (Tangara fastuosa), an endangered bird, and the Tiê-sangue, a bird symbol of the Atlantic Rainforest and one of the most spectacular birds in the world for its red plumage. The plant is also part of a specific project to preserve another endangered bird, the Mutum-de-alagoas (Mitu mitu).

In its native rainforests, it is possible to find very ancient trees. A sapucaya over 1.000 years old, in the picture below, a Lecythis Pisonis, according to Tabarelli, is a relic that may not be found elsewhere in the North-eastern Atlantic rainforest. According to the ecologist, during his researches, people greeted this tree as the “forest father”.

In 2002 we were surprised at Trapiche by finding an Owl in our protected forests, the Caburé-de-pernambuco (Glaucidium mooreorum), considered extinct by the world community of ornithologists. In 2013 we also discovered and listed a new species of porcupine, the Coandu-mirim (Coendou speratus). 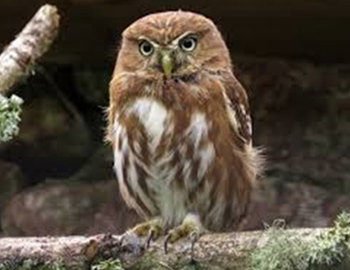 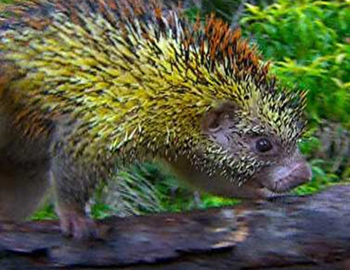 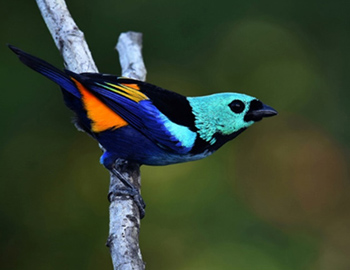 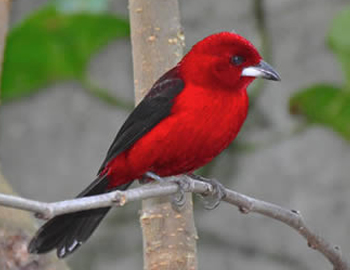 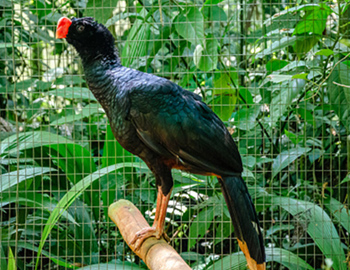 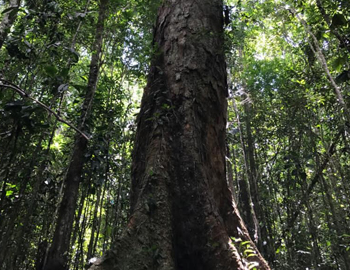 Many partnerships for environmental conservation have been developed over the years:

Studies, citations and awards, for the socio-environmental work done for decades, were mentioned by: 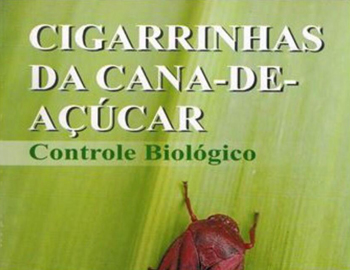 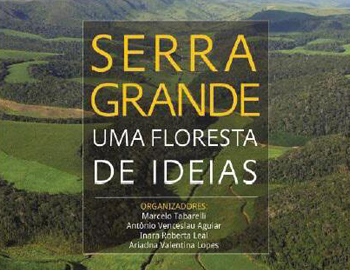 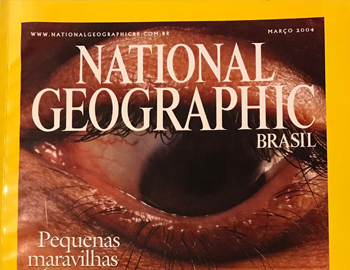 We use cookies to enhance your experience, optimise the website's functions and obtain visit statistics. Learn more